The lips form a circular shape maintaining muscular tonal balance. This position is attained through easy, nonforceful movement. The amount of rounding can be varied as needed to obtain and maintain a seal around a feeding utensil, or to build up or maintain intra-oral pressure.

The lips form an expanded horizontal line from the rest position, maintaining normal muscle tone. The position is attained through easy, non-forceful movement. The amount of spreading can be varied as needed to control substances in the front of the mouth, or to aid in drawing substances into the mouth.

The lips meet and touch to seal off the contents of the mouth from the outside. The position is attained through easy, non-forceful movement. The amount of contact and the area of contact can be varied as needed to retain substances in the mouth. Note: Each of these patterns may be reduced in efficiency by weakness of the lip muscles. For example, the lips may close, but food/fluid escapes due to weak lip seal.

In addition to recognizing normal patterns, you should also evaluate for abnormal patterns, including lip retraction, and lip purse-string, hypotonicity and asymmetrical lip movement. Each of these patterns interferes with lip closure, mouth opening and with forming a seal around a feeding utensil (bottle, straw, cup, spoon, etc.). It also affects one's ability to obtain and/or maintain intra-oral pressure.

Rapid, small movements of the lips during purposeful activity, such as lip seal. A mildly abnormal pattern indicating fatigue. Lip retraction - This is an abnormal pattern in which increased abnormal tone pulls the corners of the lips up and back. It may be observed to affect upper lip movement more than lower lip movement. The person with this pattern may be described as "always smiling". The anterior cheek area usually shows a retracted pattern also.

This is an abnormal pattern in which the corners of the lips are pulled back as the rest of the lip pulls to midline, with an increase in abnormal tone. Increased tone may extend from below the nose to the chin and into the cheeks.

This is an abnormal pattern in which one side of the lip moves with less control than the other side. Abnormal patterns and muscle tone are noted on the affected side.

This is an abnormal pattern in which the lips appear flaccid, with little or no active movement. The lips may look puffy. The lower lip may appear more involved than the upper lip.

An abnormal pattern characterized by rhythmical, nonfunctional movement of either or both lips, associated with Parkinson's or Parkinson's like symptoms. The ability to interrupt the movement is related to the severity of the disease. With less severe involvement, the pattern can be interrupted during functional activities such as eating and speech, and will not be observed during sleep.

An abnormal pattern of nonrhythmical, unorganized contraction of individual muscle fibers across the lips. May be observed when the lips are at rest, or following direct stimulation of the lips. May also be observed during generalized hypotonicity affecting the whole body. 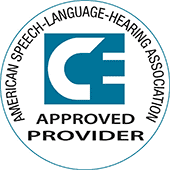